A couple of months ago I took a wander around an old Cemetery.  Because that wander coincided with my hubby's second surgery, I felt it wasn't appropriate to post the photos.  I guess it would appear morbid to some - walking through a cemetery and taking photos while waiting for one's husband to come out of surgery - but I actually found it very peaceful and comforting.  Maybe it's because the only noise I heard was the rustle of the breeze and birds singing, or maybe it was because all the headstones were so old that none of it felt relevant to me.  Whatever the reason, I felt more calm there than waiting at the hospital.  I posted a few photos on this post. 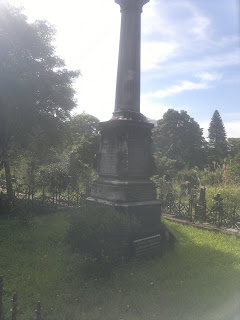 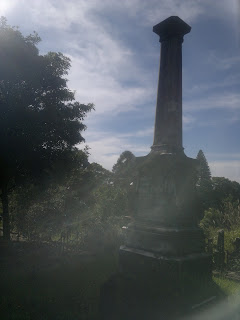 The Gore Hill Cemetery is in St Leonards, right next to the hospital.  Though mind you, once you're ensconced within  overgrowth and elegant decay, you feel like you're in another world. 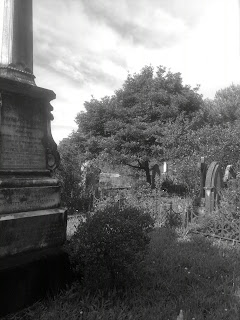 Established in 1868, it was in use up until 1974, though apparently ashes can still be interred there. 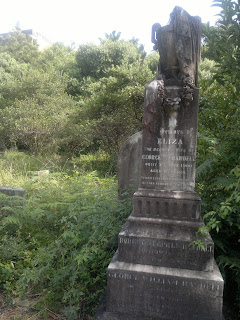 The cemetery was heritage listed in 2001, and though much is still overgrown, parts of it are being lovingly restored.  Particularly on the site where Mary McKillop was buried for a short time.  (I didn't take photos of that - too many workmen) 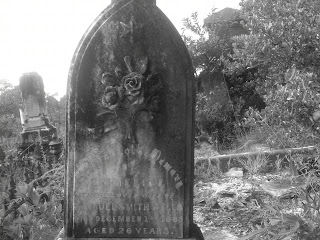 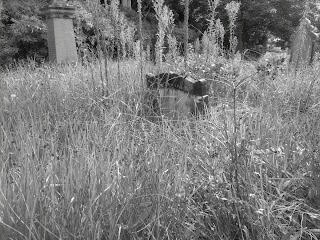 On the way back to the hospital I stumbled across a plot filled with the graves of children.  Most were buried in the first couple of decades of the 20th century.  I felt sad for the little ones.