I'm just home from Christmas Carols on Manly oval, and have learned that to get in the way of a wall of children in the throes of Santa frenzy is unwise................ (was too busy shielding daughter and coffee to take photos, so here are some from last night)

Last night while running late for French class, I passed this Vivian Chan Shaw dress in the Queen Victoria Building and was stopped in my tracks.

I didn't dare tell our teacher that I was 15 minutes late instead of 5 because I was licking a shop window (I'm sure the QVB now has a security file on me).

However, make to French class I did and a couple of hours later I emerged no more French than when I went in (but pleasantly tired from laughing at my attempts) , and in dire need of a cafe au lait. 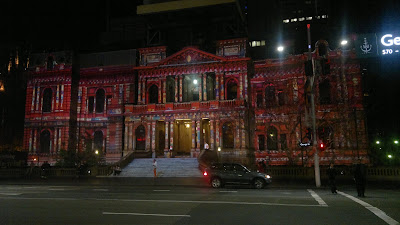 Then I noticed that the Town Hall was lit up like a - well - a Christmas tree.  So I decided not to rush home, and instead take an easy stroll back to the car stopping on the way to take some more pretty Christmasish photos.

I discovered the top of that other tree, gatecrashed an after hours photo shoot, and saw another shop window I liked (but refrained from giving it a dribble clean). 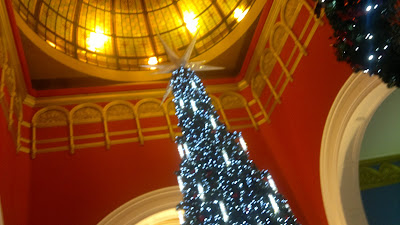 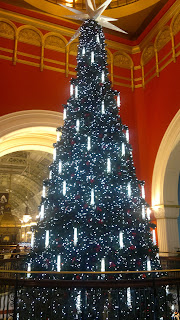 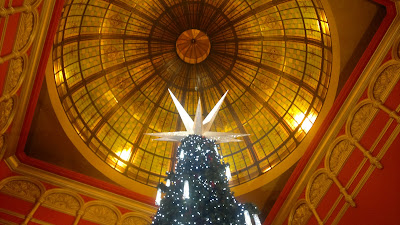 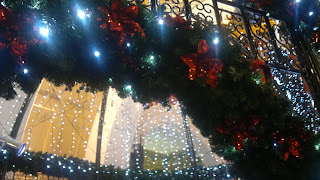 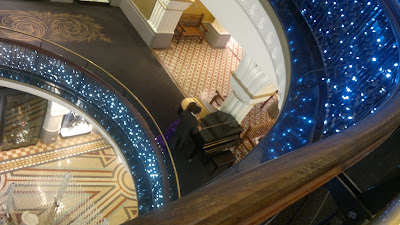 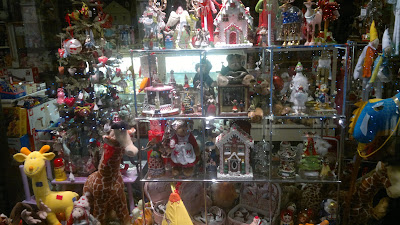