Continuing our story of Fred, Marion, their 9 children and their house. 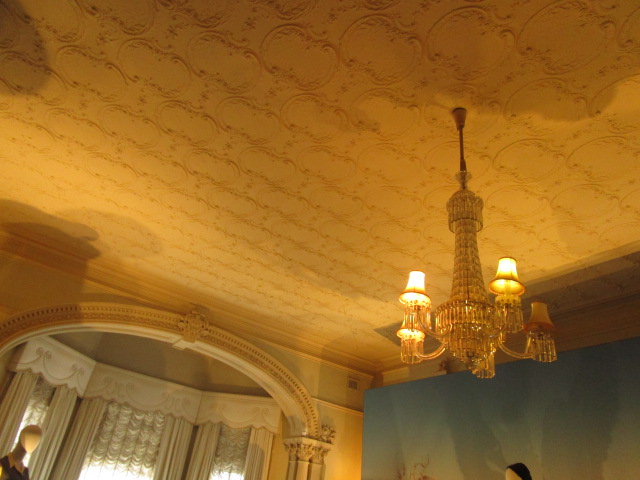 A little side note.
At the time of our visit the estate was hosting an exhibition of costumes from the movie The Dressmaker.
I've never seen the movie, though I've read the book.
Judging by these fabulous costumes, I should probably take a look at the movie. 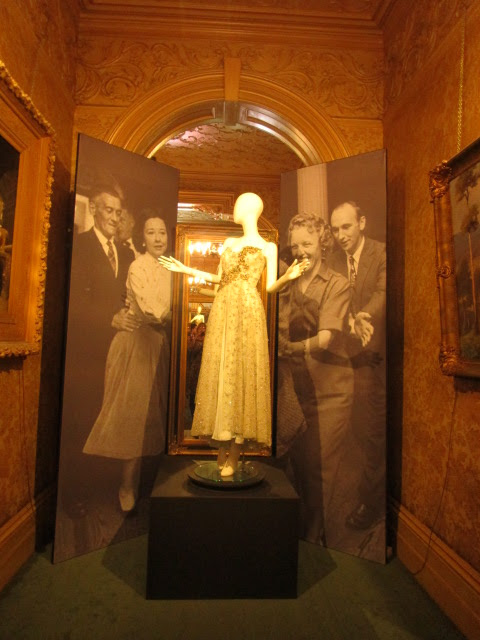 We didn't realise the exhibition was on and were a little disappointed that we couldn't see the house in it's normal state.
As lovely as the clothes were. 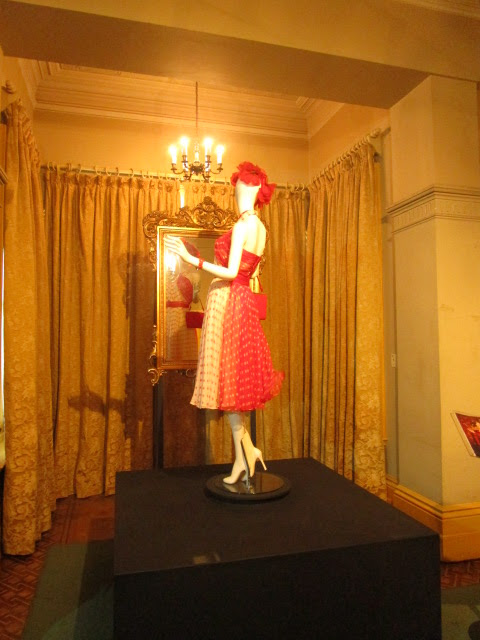 I did try to get some shots around the mannequins but it was very difficult.

I think another trip is on the cards. 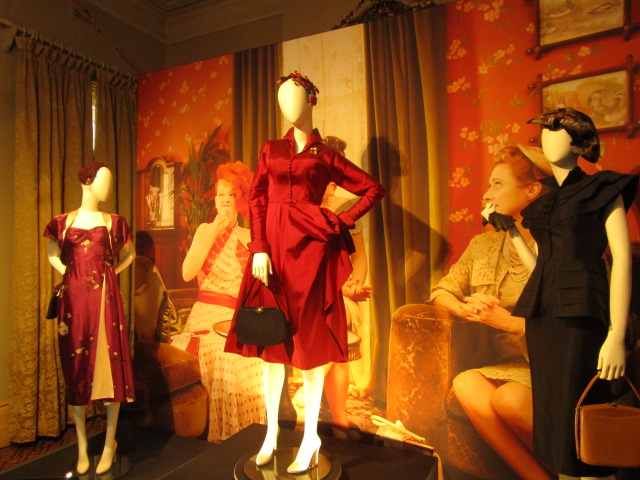 Now back to our story. 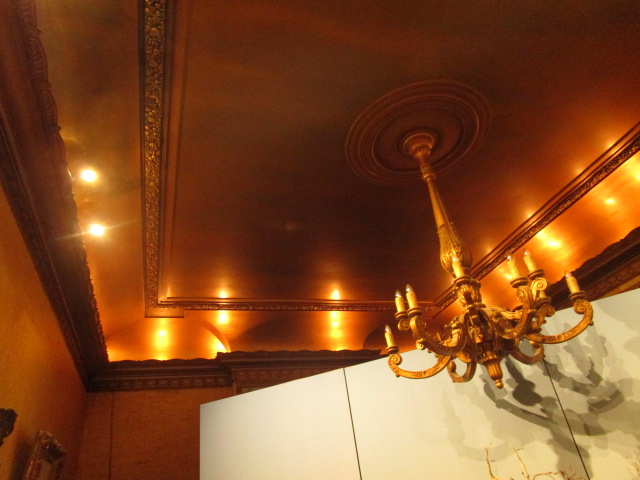 All went swimmingly until in 1878 poor Marion died while giving birth to her 12th child.

Fred needed to get away so took his family, 3 staff and a cow to England.
(yes I said cow) 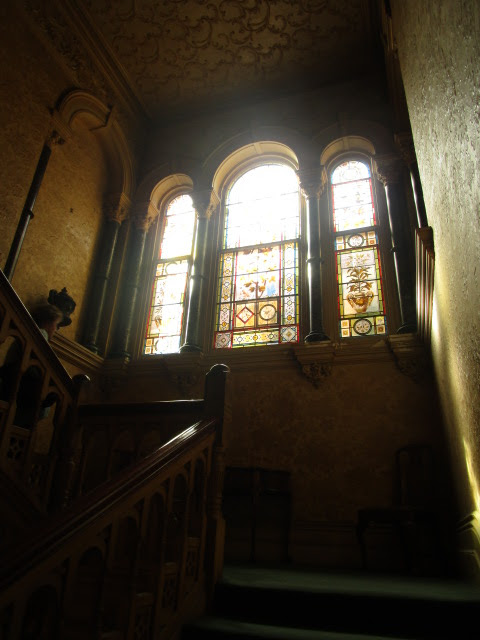 Fred returned in 1882 refreshed and with a new wife and child in tow, resumed his career in Parliament and became Minister for Defence. 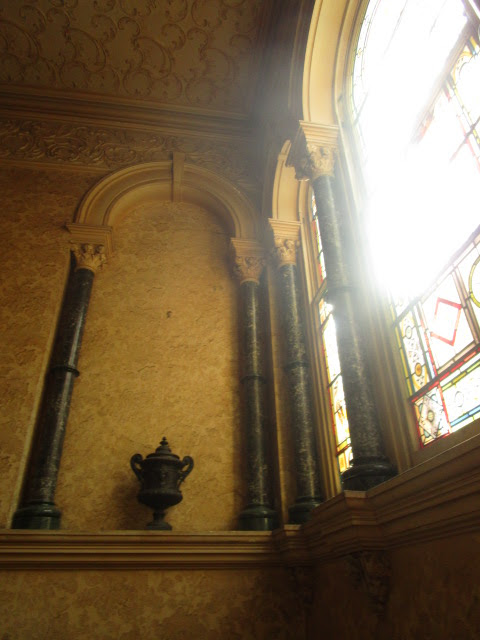 Because he now had international dignitaries to entertain, Fred decided an extension was in order. 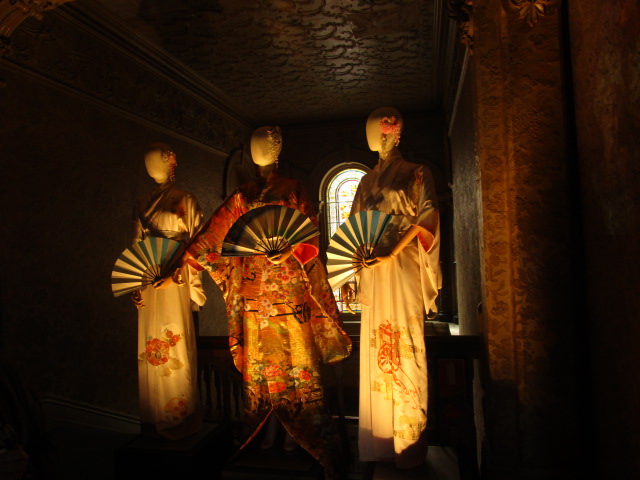 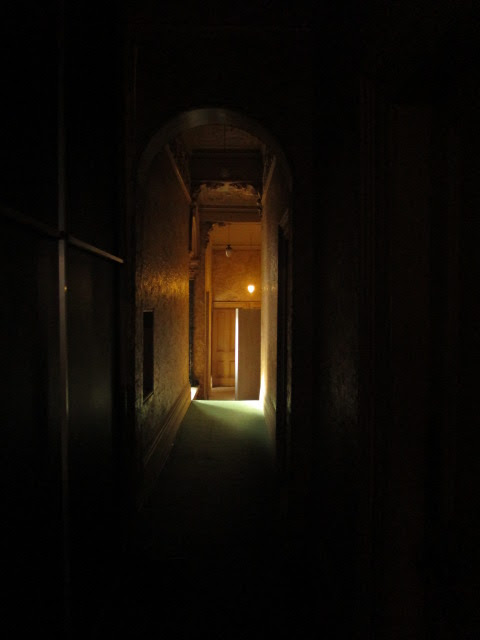 The dining room was extended to the size it is today, a second floor was added to the back and a tower built.

He remodeled the kitchen and added a verandah to the West front of the house.

The garden was redesigned to look less formal, the fernery enlarged, and the drainage extended.

Now those parties could begin.